The Headquarters of Destek Patent, one of the Destek Group Companies, covers the entire 750 m2 of a floor on Istanbul Maslak Spine Tower. The project started in September 2020 and was delivered as a design project in November of the same year. 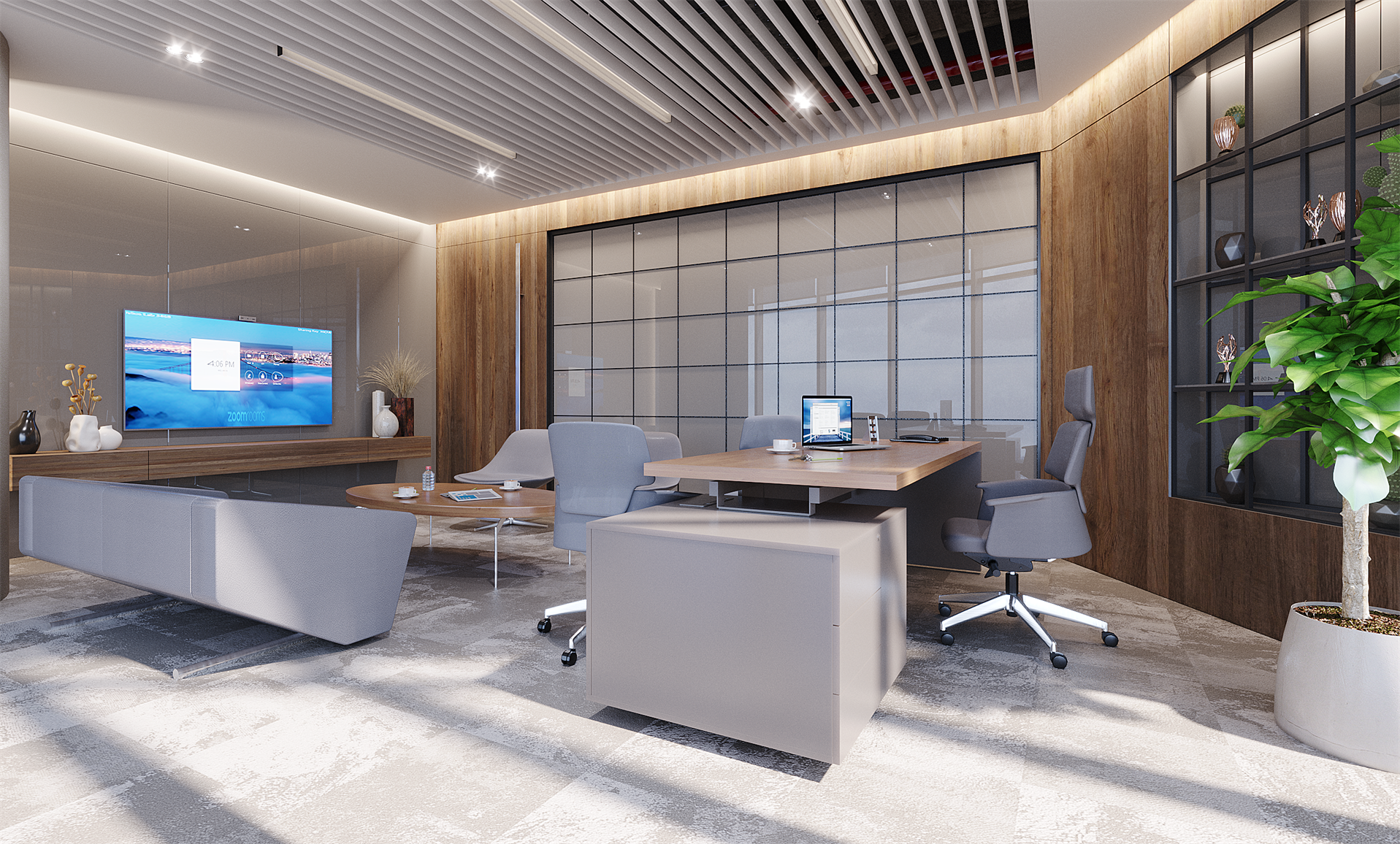 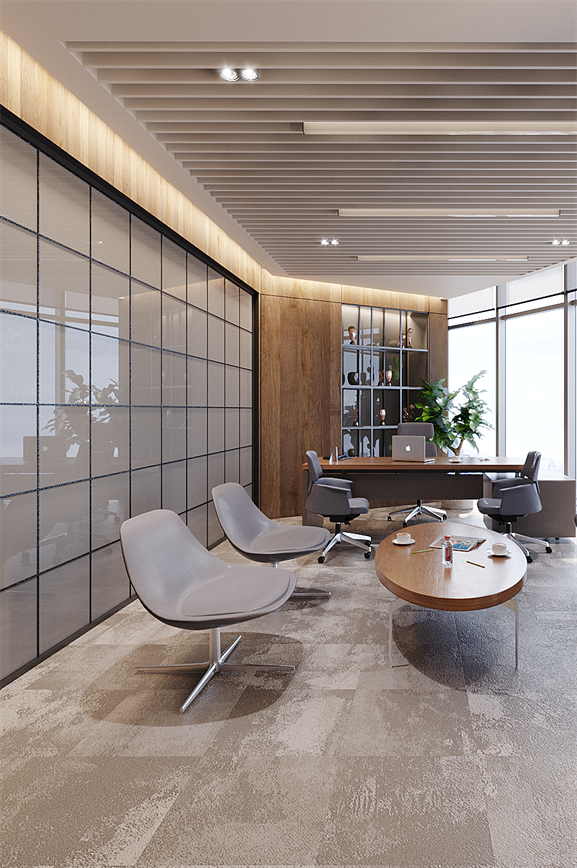 In the brief which required semi-closed and closed offices, a separate section reserved for the board of directors and meeting rooms serving this area; creating a functional and smooth plan scheme by using the circular form of the building, planning an alternating working arrangement to meet the number of people expected by the customer, and creating a comfortable circulation area for the entire office were notable aspects in the design process. 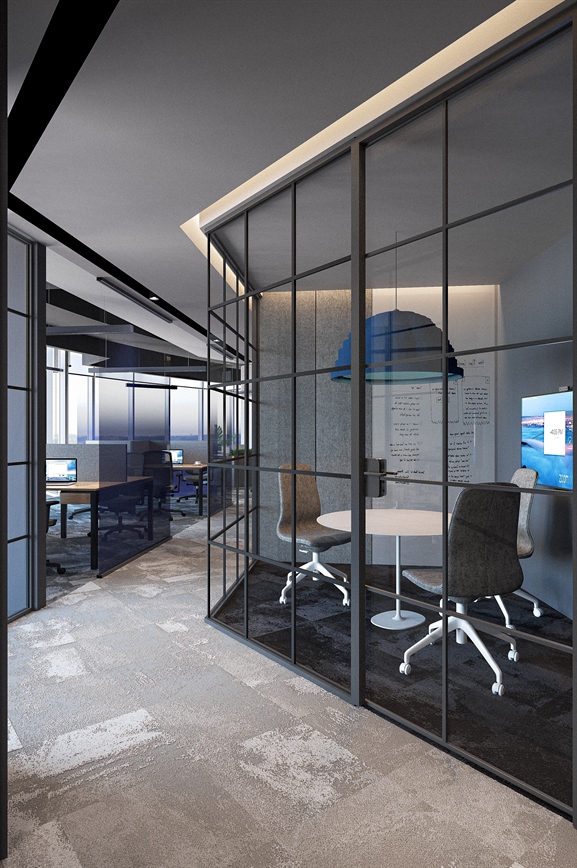 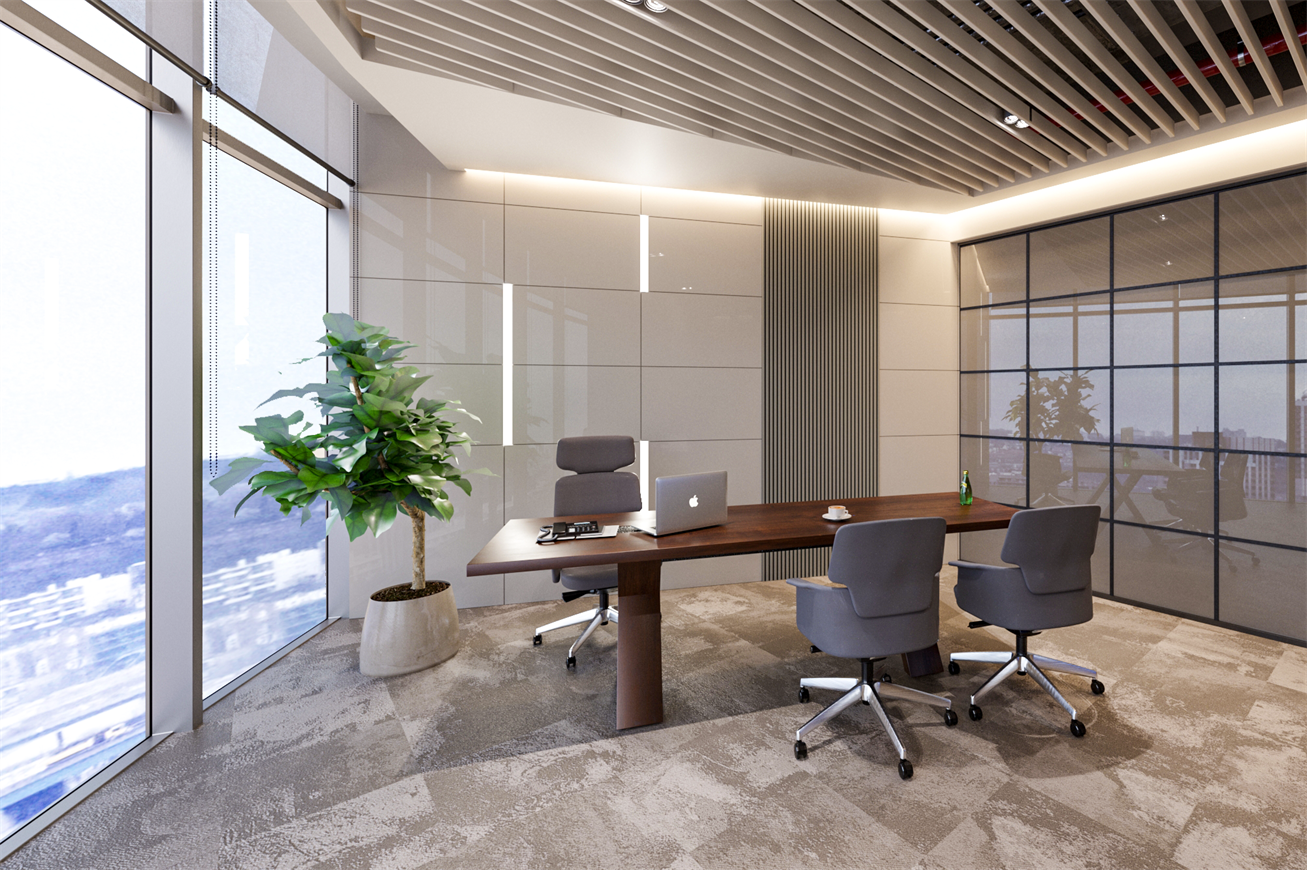 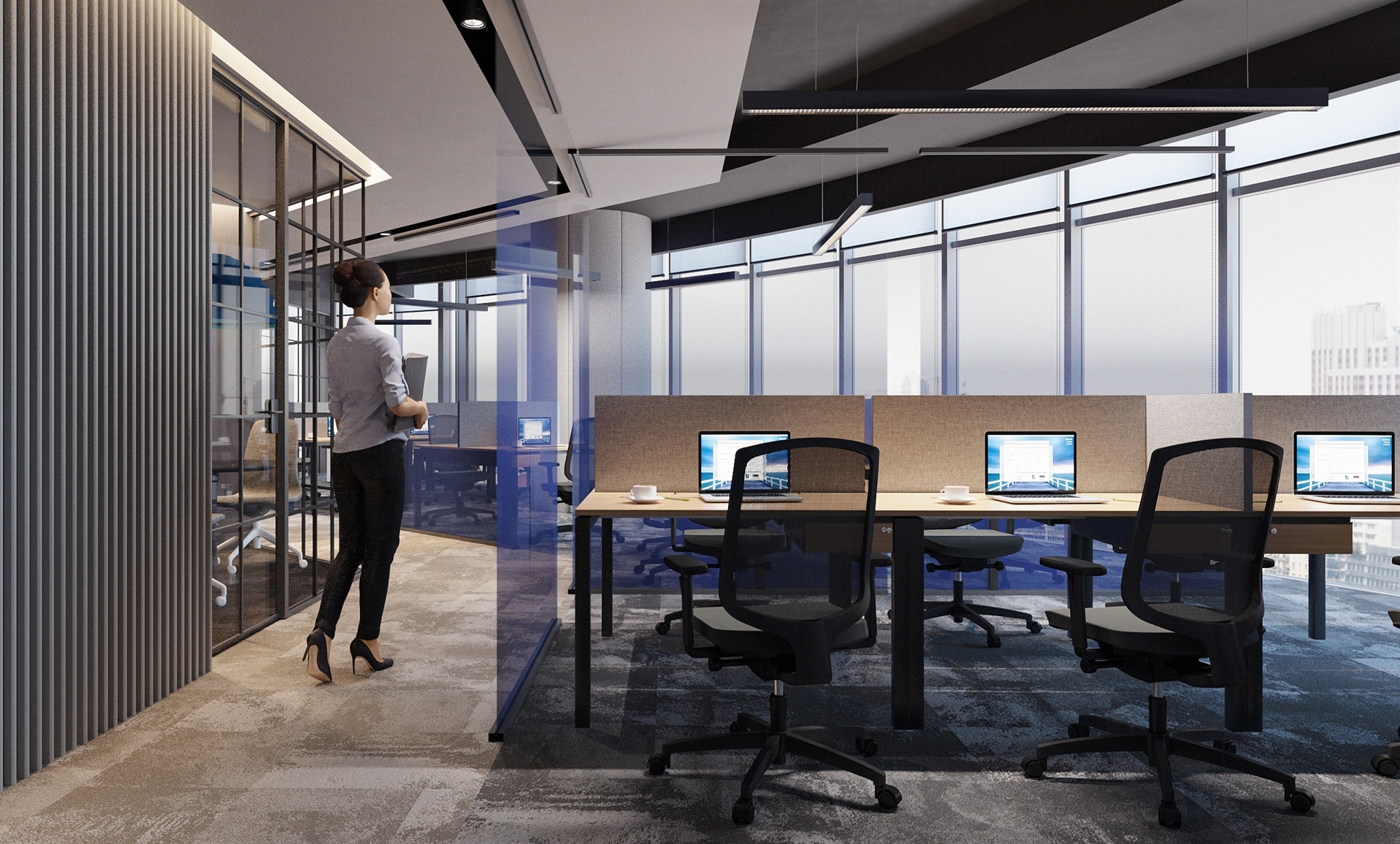 Two separate entrance and reception areas were created to introduce the company identity to visitors, one located in the board section and the other in the section where the offices are located. While the design aims to emphasize the strong identity of the company, the sharp hexagonal plan form created by using the circular form of the space has been binding in the design of open office spaces. Service areas such as servers, archives and warehouses are located on the wall around the core, which is continued by a circulation line preserving the hexagonal form, on which open offices, semi-closed and closed areas are located. Along this circulation line, which connects the two reception areas and all functions in the office to each other, common areas have been created to allow employees to work alone or to serve as venues for group activities and meetings. To ensure the privacy of the employees in the open office section against other people using the corridor line, semi-separate high modules were designed in accordance with the general design language of the office. Thus, a single spacious and open office area was created instead of small office areas separated from each other with dividing walls, and the working arrangement alternative to emerge in case of growth was ensured. 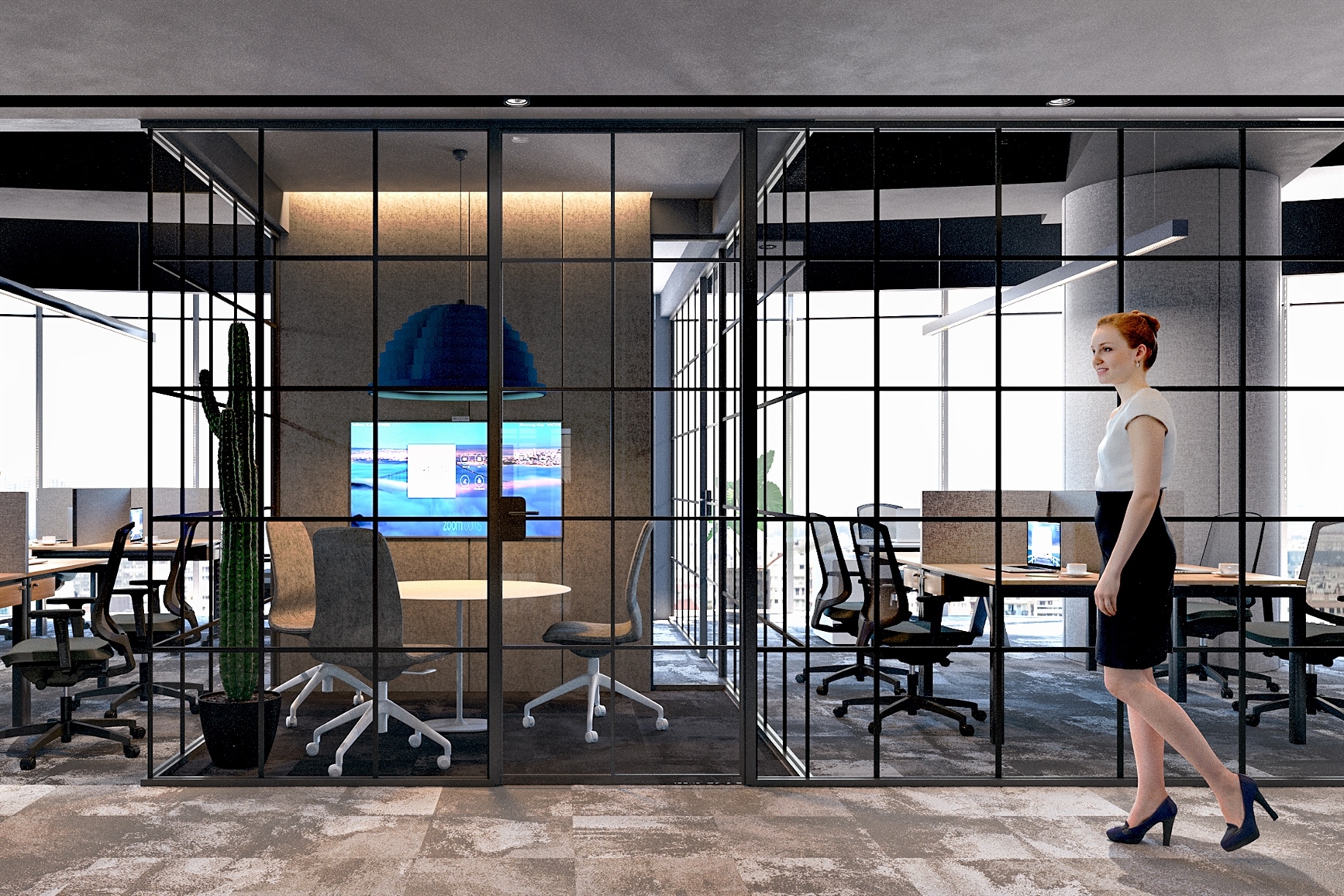 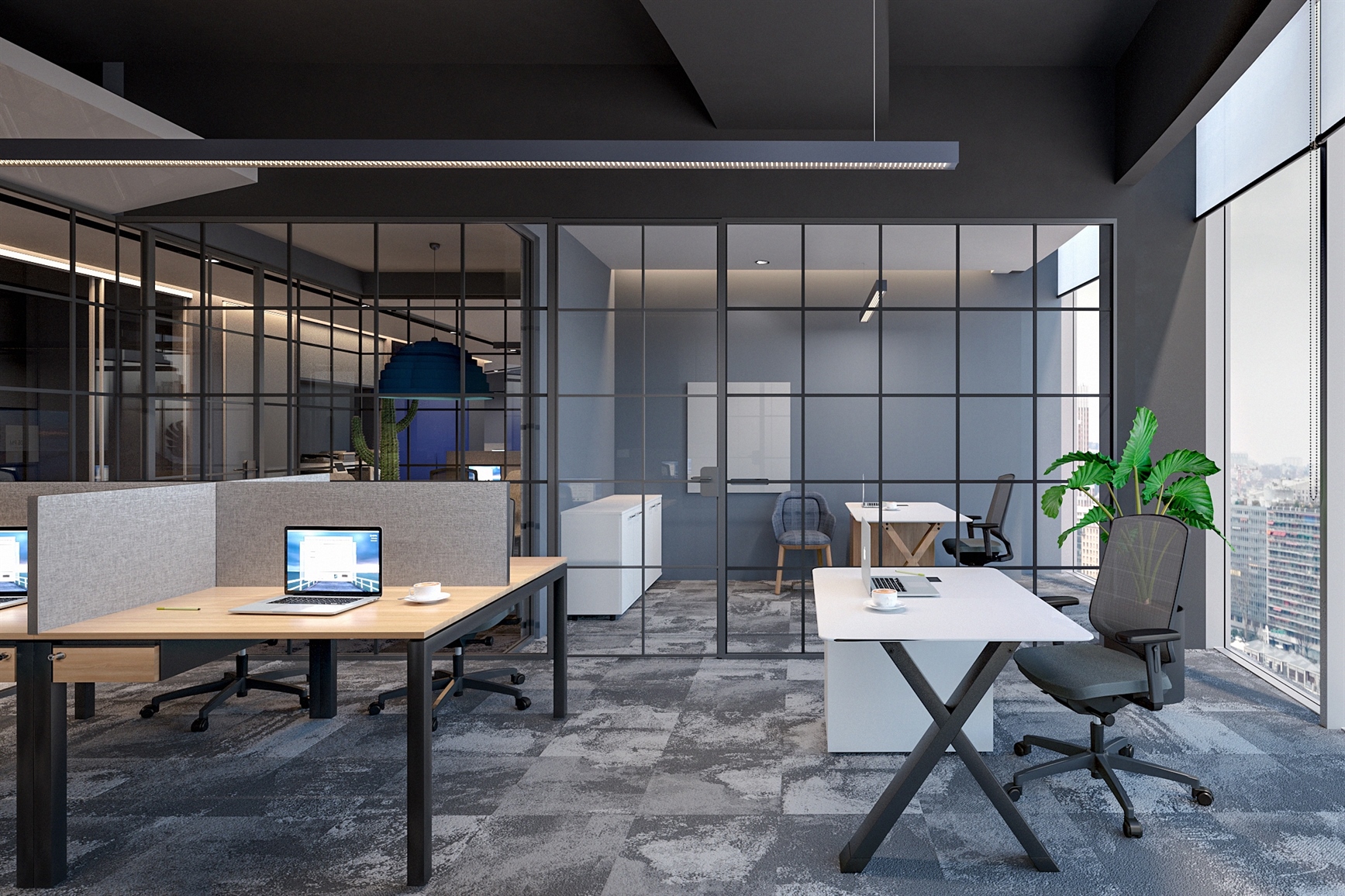